It’s no secret that I have a fascination with the power that nutrition has on human health, and I’ve often said that the foods we eat can either boost our health or steal it away from us. That’s because foods trigger hormonal and biological responses in our bodies, which can cause or mitigate inflammation and illness or disease. What is becoming more and more clear is how pre-natal nutrition, and the health of a pregnant woman’s microbiome, can impact the future health of her unborn child.

Last month I wrote an article titled, “A High Gluten Diet During Pregnancy Maybe Connected to An Increased Risk of Diabetes for Offspring.” In it, I discussed a recent study in which scientists discovered that a women’s gluten intake during pregnancy was strongly associated with the risk of their children developing type 1 diabetes, and that the risk increased proportionally. According to researchers, the risk of developing type 1 diabetes maybe related to the complex interactions of diet, immune development, microbiota, and intestinal permeability; all which can play a role in the development of the disease.

It is fairly well-documented that children with Autism often have digestive issues, allergies, and dysbiosis (or an imbalance of the microbiome.) So, it makes sense that these issues could have been developed in the womb, before they were even born.

Today, I came across another recent study, which was published on August 1, 2018, in The Journal of Immunology. In this study, researchers from the University of Virginia School of Medicine studied mice to see how the composition of the mother’s microbiome could effect their offspring, in relation to the development of a specific type of Autism. They exposed the pregnant mice to a virus, and discovered that the pre-natal microbiota composition played a critical role in the development of behavioral abnormalities in their offspring. As in the gluten study that I previously posted about, researchers again concluded that the development of disease was connected to the complex interactions of diet, immune development, and the microbiota. While we are not mice, it holds water that these factors may contribute to more than one health issue for pregnant women and their children. More importantly, these studies reinforce the powerful role that nutrition plays in health, and reinforces the notion that many diseases can be prevented by making meaningful changes in our diet and in our lifestyles.

“In terms of translating our work to humans, I think the next big step would be to identify features of the microbiome in pregnant mothers that correlate with autism risk,”  “I think the really important thing is to figure out what kind of things can be used to modulate the microbiome in the mother as effectively and safely as we can.” Said John R. Lukens, one scientist involved in the study.

This is good news, because we know that the microbiome can be modified through things like a healthy diet, and probiotic supplements.

If you would like to learn more about gut health and the microbiome, I dedicate an entire section to these topics in my book, Healthy Body Connection: Unlocking Your Body’s Natural Connection to Sustainable Weight Loss and Optimal Health. 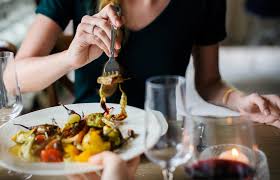